We have arrived in Ledbury.

At first glance this may seem like another quiet rural halt, but follow the main road into town for just a few hundred meters and you’ll be immersed in a bright, bustling market town with a very special history.

If you look around, you’ll spot the enormous clue about the nature of this history: a large station sign that reads ‘LEDBURY: JUNCTION FOR POETRY.’

A poem to enhance your journey

In 2019, the station was renamed in honour of its poetic heritage, from the vibrant festival it has hosted for the past twenty years to Robert Frost and the Dymock poets who stood on this platform over a century ago. West Midlands Railway also hosted a special ‘Poetry Chair’, in which passengers are invited to take a moment to sit (it can be found next to the ticket office), and write their own poems.

The poetry festival is a fantastic setting to read, listen to, write, perform and share poetry. It’s a place where poets come together to celebrate poetry and make connections. Every year, Ledbury Poetry Festival hosts a cider supper for its visiting poets, in honour of another cider supper that happened five miles away and a hundred years ago.

Not far from here, in the little village of Dymock, a group of poets came together in the summer of 1914. Poet and author Eleanor Farjeon was staying with a local couple called the Farmers, and she recounts an evening of food, fun and cider had by the poets and their families: 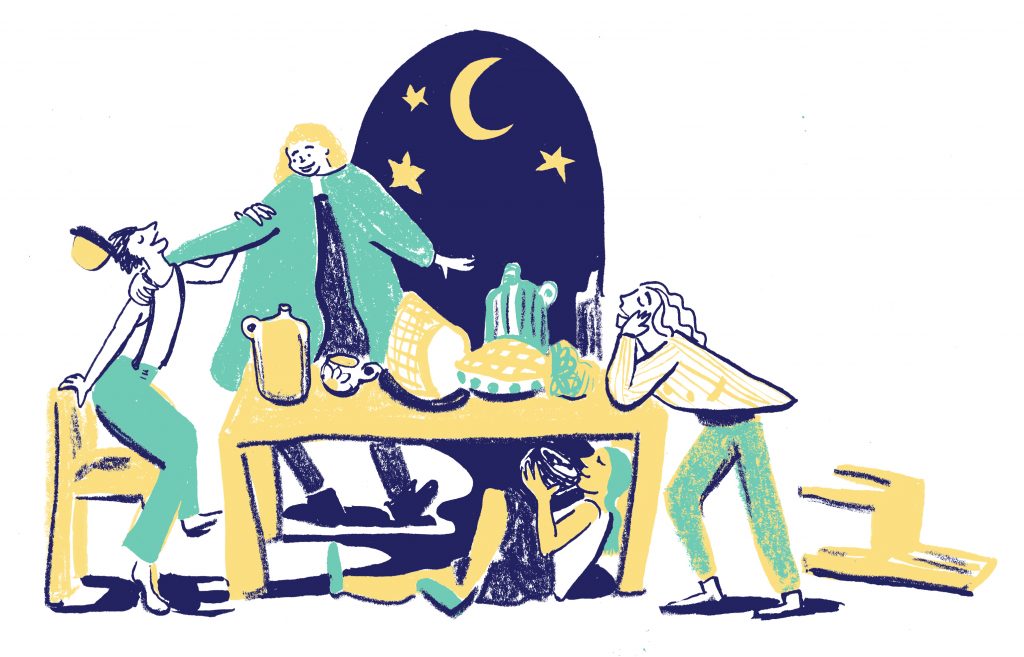 ‘The table was loaded with huge shapes of food, a ham, a great joint of beef, a raised pie and birds, among dishes of butter and pickles and salads, and sauce-boats of dressing, and slabs of home-made bread. If ever a sideboard groaned that sideboard did, with fruit tarts and trifles and cheesecakes, and at least two flagons of my favourite rough cider.’

‘Everyone was wiping his eyes with laughter, and we finished the meal with the cheese. Mrs. Farmer rose. I rose, and Helen rose, and Elinor Frost. Mr. Farmer rose. The Poets attempted to rise, relapsed on to their seats, and regarded each other with comical consternation. They were perfectly sober, though exceedingly gay; but the gallons of strong cider, against which I had been inoculated, had gone to their legs, and not one of them could stand without support. I saw Edward and Robert stagger to their feet, clutch each other, and go down; they rose again with great caution, clinging together. On the other side of the table Gibson and Abercrombie were behaving similarly. Two brace of poets staggered out into the moonlight and went hilariously homeward like two sets of Siamese Twins. I have boasted ever since of the night when I drank all the poets in Gloucestershire under the table.’

Peter Arscott, one of the founders of Ledbury Poetry Festival, describes the continuation of this excellent tradition in Ledbury today:

‘For twenty five years the Ledbury Poetry Festival has been a gathering place for poets. This rare annual event is always an opportunity for celebration and the Cider Supper offers our guests a cheerful and informal rendezvous with colleagues where nothing is expected of them other than merriment, chat and general fun while sampling local produce such as cider, perry, beer, ham, beef and Mr Waller’s famous Poetry Pie. A few poets have had to rely on volunteers and interns to get them back to their accommodation, and one poet did spend the night in Dog Hill Wood after getting quite lost.’

The poet Luke Kennard reminisces about his own visit to Ledbury, and the celebrations that ensured: ‘I remember the Ledbury audience sitting in Penguin deck chairs and I remember waiting before the reading in a building on stilts. I remember being a little star-struck by other writers. I remember completely unlit pub gardens and, for some reason, drinking beer out of a bowl, I remember being very hungover and eating a very good scotch egg. I have no recollections of the poems I read, but a vague sense that the audience were generous and my hosts extremely hospitable.’

Poetry at Ledbury isn’t restricted to the 10 days of the festival. We work hard to deliver community outreach work all year round, connecting poetry with those who may not ordinarily have the opportunity to attend our events. We work with local schools, community care settings, and groups such as NHS Hereford Pain Management Clinic and Citizen sheltered housing to broaden access to poetry and spread its benefits far and wide.

‘For years, from the mid-90s, my summer started with a week in Ledbury. I stayed, not in some picturesque cottage, but in the top-floor guest room of a sheltered housing block. I was there to run the poetry festival’s outreach project with vulnerable older people. The festival proper, with its readings and its buzzy sociability, seemed a world away: which I guess was the point of the outreach. This first week of July became a kind of annual retreat for me. I like living in institutions – providing they leave me alone – and the room under the eaves of the sheltered housing was comfortingly anonymous. In the evenings I’d walk in the summer dusk through a town that didn’t yet identify itself with arty goings-on. Doors were closed and the streets were quiet, but there always seemed to be cyclists racing around on important, private errands. They were barely visible in the dark; their tyres hissed with urgency.’

We have come to the end of our Poetry on Platforms journey, and we leave you with the Kurdish poet Bejan Matur’s bittersweet memories of leaving Ledbury:

‘With the sweet flow of the festival and its art and literature loving households and audiences, the artistic city was transformed into a celebratory feast.

So much so that when it was time to leave I felt a sense of sadness. As though I was leaving a place I had always known. My only consolation was the thought of departing by train. My woman poet friend, my publisher and I walked towards the station and waited for the train to London, at the deserted station. I felt as though that moment lasted for forever.

And then two women arrived wearing flowery skirts, sweaters and flat shoes. We had watched them with admiration. They had a sense of being beyond beautiful. They were timeless just as Ledbury was.

At the small train station, only we, the women, were waiting for the train

But something was amiss. The sweet dream where the soul found itself was left behind.

(translated by Aydin Memet Ali – in full below).

… is akin to entering a time-tunnel. When the train arrives at the final station you lose all touch with the world left behind; a tale awaits you.

A city out of time as you begin to feel the whole city inhale and exhale literature, poetry and music.

When you walk on the streets you are immediately embraced by its houses with walls and rooftops buckled by time. Warm, courteous and appropriately distant, my hosts with a house filled with books and large paintings, made me feel as though I was visiting old friends.

The vase left by my bedside full of roses picked from their own garden led me into a deep sleep, reminding me of a visit to a town in the seventies during my childhood.

In Ledbury, what made the deepest impression was the feeling that everything was reduced in scale to a miniature and as though squeezed into the bell-jar of time and left to rest.

Time had stopped at Ledbury. I felt comfortable there as I had never anywhere else.

As though I was in a scene from a novel I had read as a child. The black pavement stones, the hanging climbers, the trees and the feeling of the presence of a flowing river somewhere far away.

In reality, I don’t remember at all if I had seen a river in Ledbury. Now that I think of it, it feels as though there should have been a flowing river to accompany that tale.

But perhaps the train had changed places with the river in Ledbury. The peace that descended as the train arrived in the city felt as though even the train was coming to Ledbury in need of rest… that was the most peaceful corner of the Great British island.

With the sweet flow of the festival and its art and literature loving households and audiences, the artistic city was transformed into a celebratory feast.

So much so that when it was time to leave I felt a sense of sadness. As though I was leaving a place I had always known. My only consolation was the thought of departing by train. My woman poet friend, my publisher and I walked towards the station and waited for the train to London, at the deserted station. I felt as though that moment lasted for forever.

And then two women arrived wearing flowery skirts, sweaters and flat shoes. We had watched them with admiration. They had a sense of being beyond beautiful. They were timeless just as Ledbury was.

At the small train station, only we, the women, were waiting for the train.

But something was amiss. The sweet dream where the soul found itself was left behind.

where we will stop and listen. 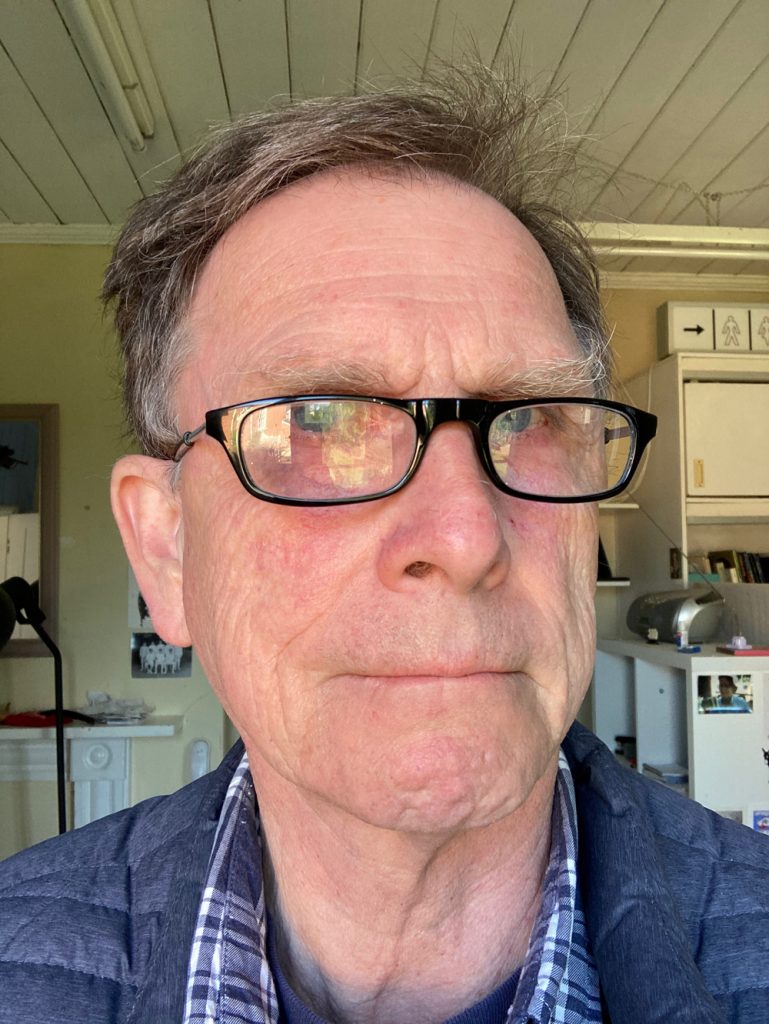 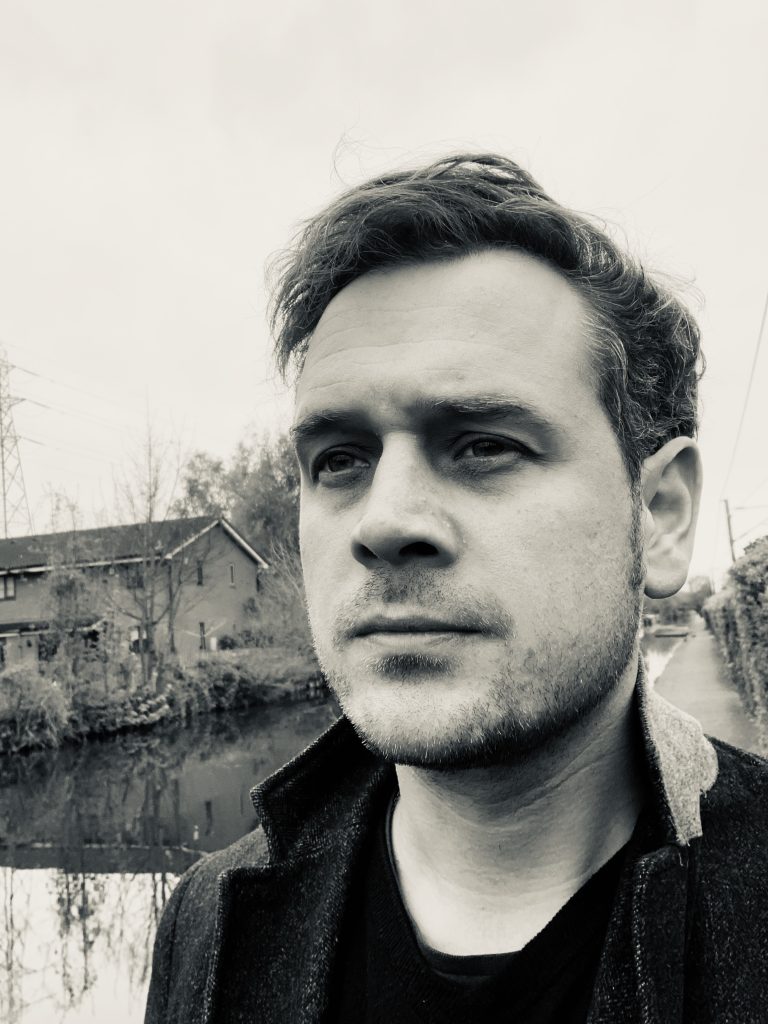 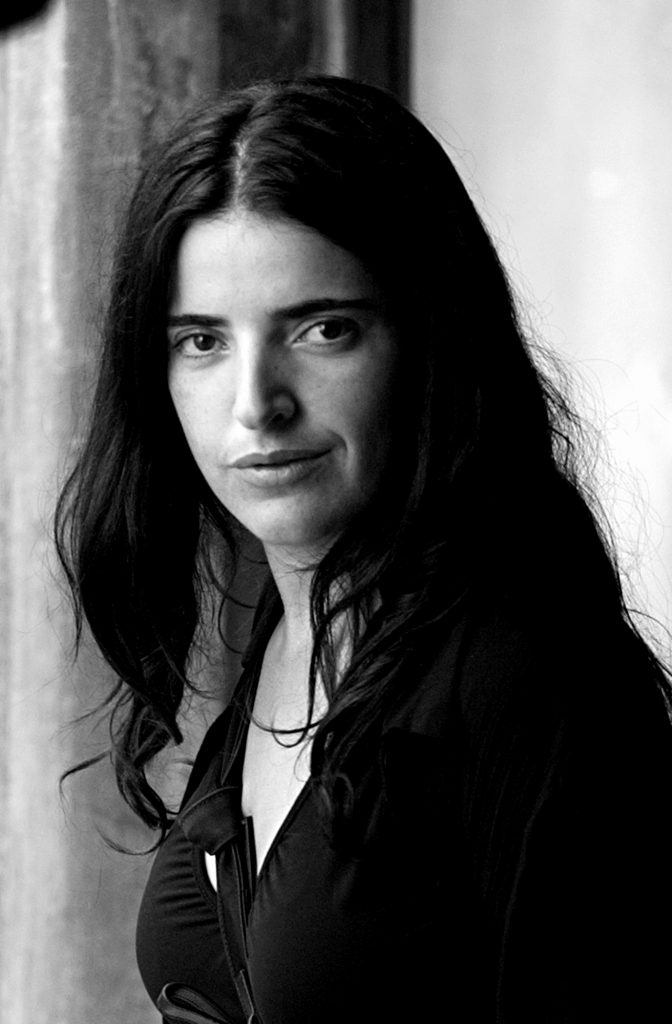 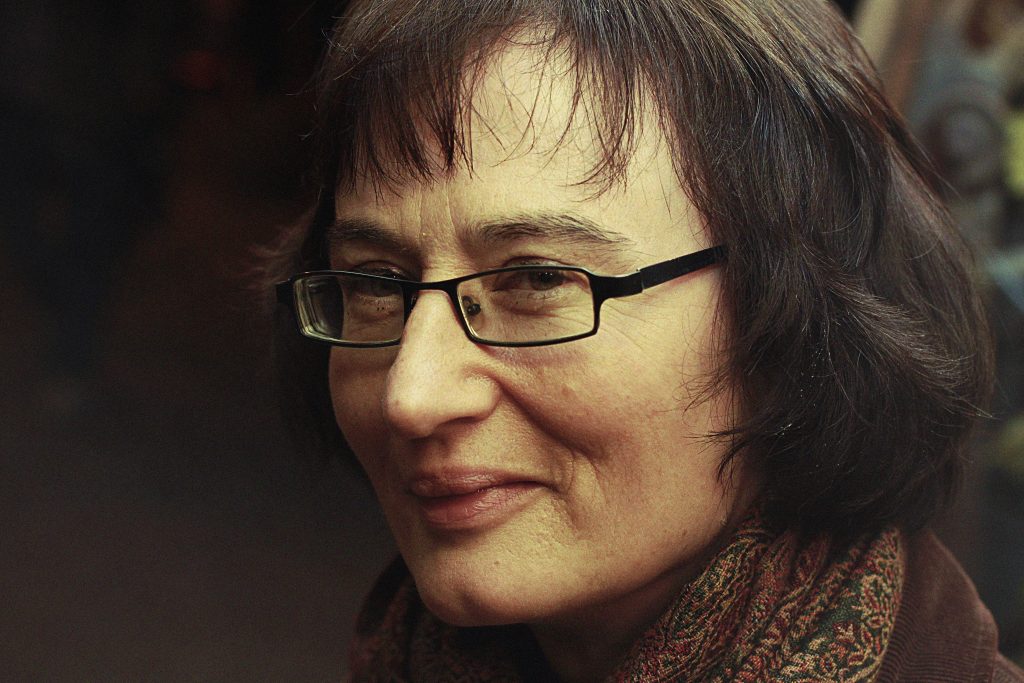